The Value Investors Congress was held in Mid-October.  This is a conference run by Whitney Tilson of Value Investor Insight and it features some of the best value investors as speakers.  After the conference, notes and presentations float around the internet and they make very interesting reading.

Anyway, I was browsing through some of these things and from a stock market outlook point of view, the investors seemed to be pretty positive.  Of course, one of my favorite investors Joel Greenblatt was on CNBC the other day (I think I posted a link) saying that the market is very cheap and he sees a higher market a year from now.  He made the same case at the Value Investors Congress.

Here are some interesting charts that I cut and pasted from the internet while I was browsing.

This is a slide from Alexander Roepers of Atlantic Investments.  He is a real deal value investor with a great track record. 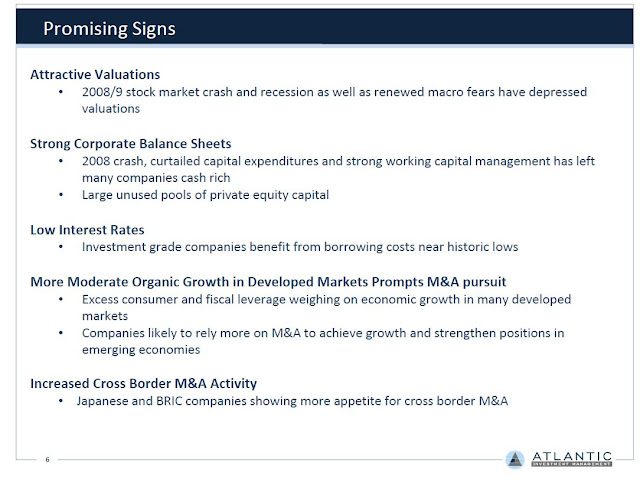 Here is the performance of their flagship fund: 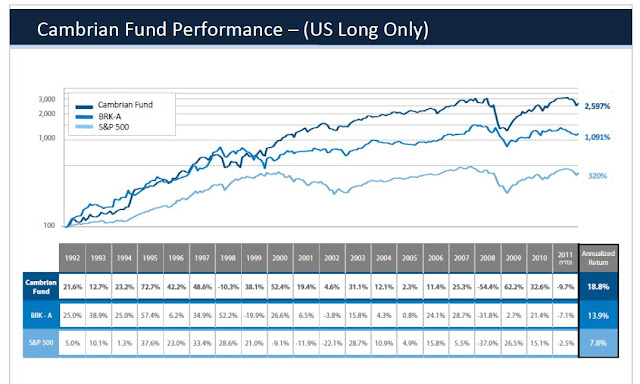 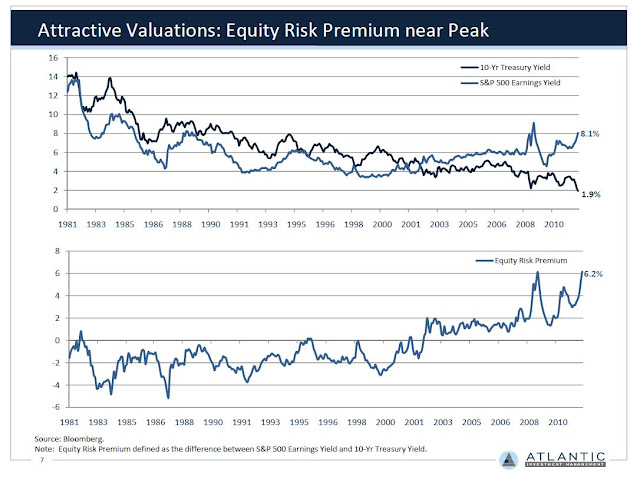 This is also from Atlantic's presentation.  I wouldn't focus too much on the gap between the stock market earnings yield and the government bond yield as some perma-bulls in Japan have been saying the same thing for years (and the market continues to non-perform).

In this case, the absolute earnings yield is 8.1%, the highest it's been since the last 1980s according to this chart.

Roepers also mentions the health of the American corporation's balance sheet.  Debt to assets is a low as it has been since the mid-80s.  This means that there is room for borrowing to fund acquisitions which would support equity prices going forward. 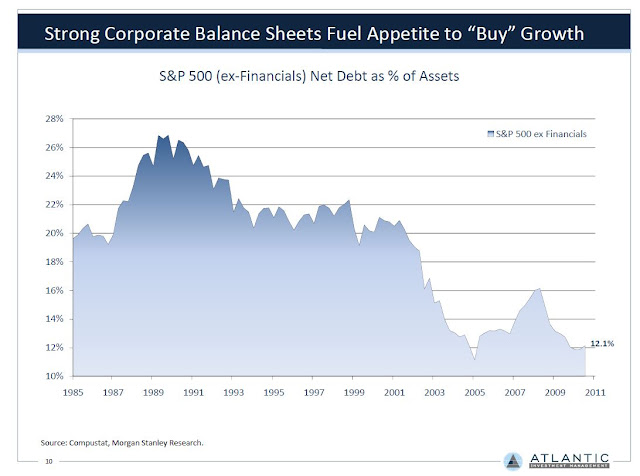 The next batch of charts come from Leon Cooperman of Omega Advisors. He was the head of Goldman Sachs' Investment Management for a long time and also investment strategist. He has a pretty good repuation and track record.

Anyway, here are some charts from his presentation: 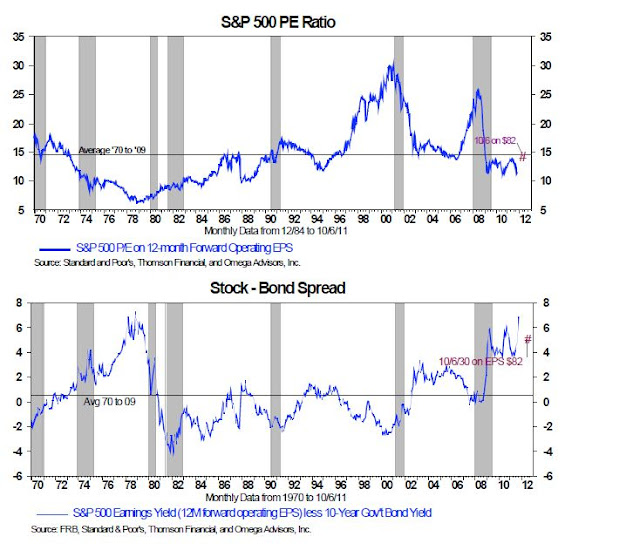 This is pretty much the same as Atlantic's, but goes back to 1970.  The market does look very reasonably valued over this time frame too.

In the above chart, the equity risk premium history goes all the way back to 1960 and it shows stock market values to be really attractive even going back to 1960.

Basically, the housing market has been running at a very low run rate over the past four years or so, way lower than the level of household creation, population growth etc...  So eventually, when the excess inventory winds down, the housing market can come roaring back.  Housing starts at this low level can't continue forever. 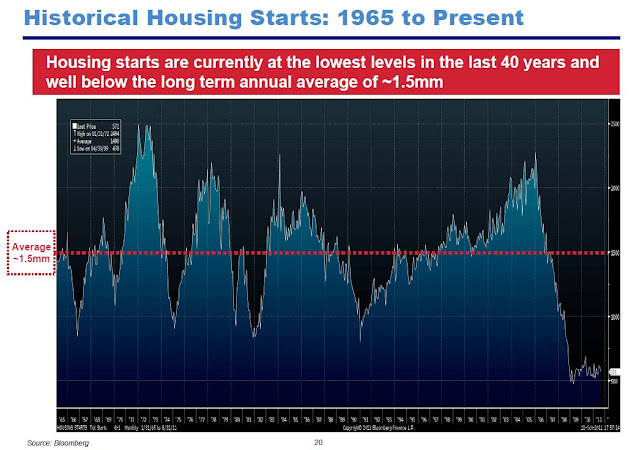 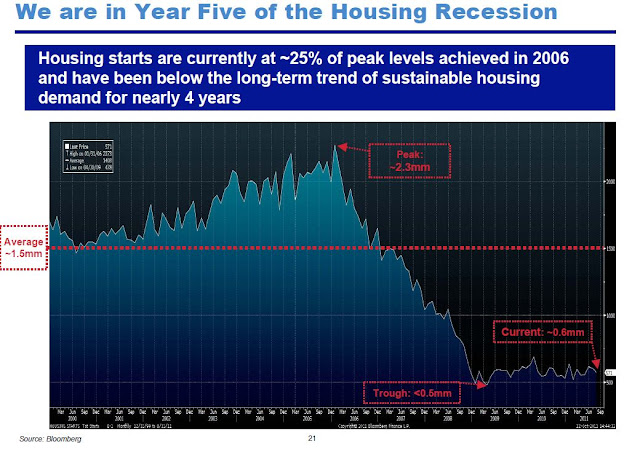 Ackman included this Buffett quote in the presentation: ﻿ 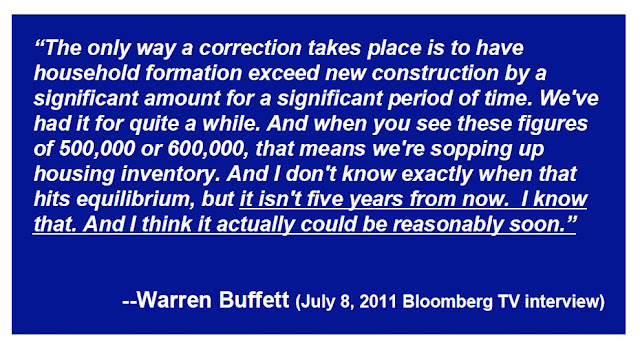 The housing market is a large part of the U.S. economy and this may be a key factor in getting unemployment to come down.

In any case, these are just a few things that caught my eye that indicate that things might not be so bad going forward for the stock market as it seems when you turn on CNBC (which makes it seem like the world is coming to an end!).