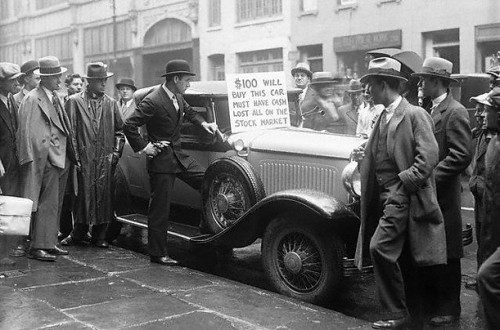 The Dow is down another 170 points this morning after being down 260 points yesterday.   The market is apparently now in bear market territory (-20% from a high).

Are we headed for a crash?  Who knows.  It may happen.   Mr. Market is emotionally unstable so trying to guess what will happen is like trying to guess if A-Rod's next at-bat will be a homerun, strike-out, hit or whatever.

This is essentially what they were arguing again yesterday, except in reverse. They said, yes, valuations are cheap, but that doesn't matter because it's a bear market and in bear markets valuations don't matter.

Also, people keep saying that the 'cyclically adjusted p/e ratio' is 20x or some such high number.  I have no idea where those numbers come from.  I suspect some of it has to do with the fact that they use 10 years worth of earnings data which includes huge losses during the financial crisis.  Who cares if the 'cyclically adjusted p/e ratio' of the whole market is 20x if you can find stocks you like for 10x earnings?

So anyway, I was reading my Barron's this past Sunday and was skimming the tables in the Market Laboratory section.  Here is a table of the Dow 30 stocks and their p/e ratios based on 2011 expected earnings.

Just a quick look through the above list shows a pretty reasonable if not cheap market.  Are we headed towards a Japan-like lost double-decade in the stock market?  From a valuation standpoint, not at all.  Again, Japan was priced at 60-80x earnings in 1989.  We are nowhere near that here.

Also, the market was pretty pricey at the top in 1999 here in the U.S.  Companies like GE had p/e ratios of 30-40x.  Coca-Cola, Procter & Gamble and others were in the 30-50x p/e range.  Of course, internet and other technology stocks had ridiculous p/e ratios.

I don't see any of that here now.  (OK, maybe some pockets of silliness exists, like cloud stocks (CRM etc...), but that seems to be very limited).

Others will argue that we have to get to a 7x p/e ratio for the whole market for the bear market to hit bottom.  But they usually point to 1974 or 1979 for that kind of p/e.  One thing to keep in mind is that back then interest rates were very high compared to today; the interest rate component alone made the fair value of the stock market much lower due to the higher discount rate.

In order to believe the stock market has to get to a 7x p/e ratio, you have to believe interest rates are headed into the double digits.

However, history tells us that this doesn't happen very often and hoping or waiting for such an event has not been a really good investment strategy.

It looks like a great idea to sell all stocks when the S&P 500 index goes over 20x p/e and then buy back when the p/e ratio gets back to 7x p/e.  The risk in such a strategy, of course, is that the market never reaches the lower buy zone again.

If you look at the purchases of the great investors in the past, you will notice that most of their purchases of stocks didn't occur with the market p/e at 7x.  Buffett, for example, has been buying and doing well in stocks even during the 'expensive' 1980s, 1990s and 2000s.  It's tempting to think that Buffett did all his great buying in 1974 and 1979 and never bought stocks at any other time, but that is certainly not the case at all.

This is also true of many other great investors.

In any case, it is really scary now and it does look like a crash is imminent or even likely.  But if you look at the facts, I don't think things are as ripe for huge destruction as they have been in the past.

Of course, I understand that earnings estimates will probably be revised down substantially in some cases.  But unless you think we are headed for a real depression and the economy won't  recover for years, then stocks seem to be a perfectly fine place to be.

This is not say the market won't crash, of course.  I have no idea what will happen in the short term.